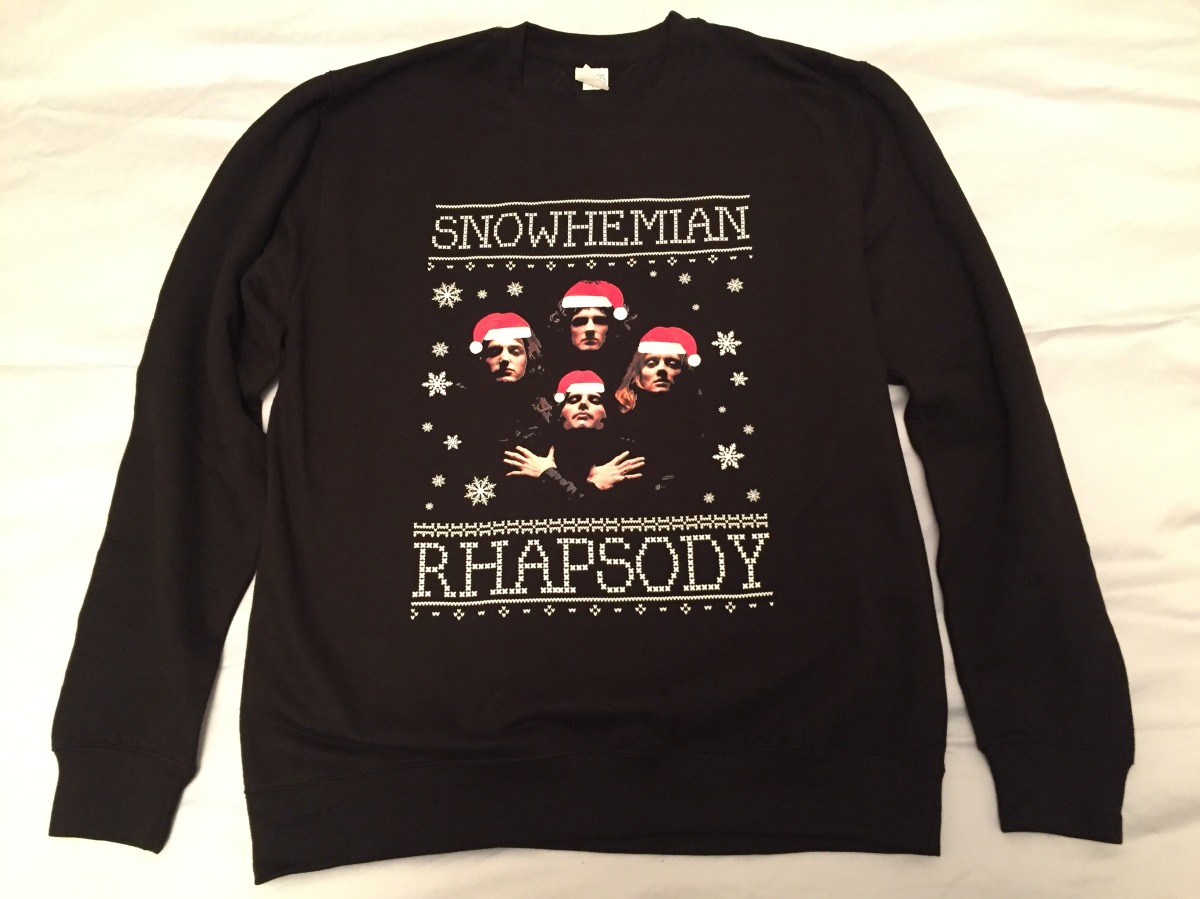 As discussed in depth in my previous post, Queen’s Bohemian Rhapsody is an enduring classic that continues to increase in popularity 45 years on, as new generations of fans are introduced to it, most recently thanks to the movie of the same name and Queen’s tours with Adam Lambert. Freddie’s masterpiece, like his spirit and all of his music, will never die or be forgotten.

It is of no surprise, therefore, that it’s been covered in a myriad of styles by thousands of people, either tackling the full song or focusing on selected sections of it, despite the fact that it’s very brave of anyone to take on a song of such complexity that is so famous and well-loved.

In my previous reviews of Queen’s albums, I’ve always included cover versions as part of those posts. But such is the significance of Bo Rhap and the huge number of covers it’s had, coupled with the fact that it’s always nice to do some kind of special post at Christmas, that I’ve decided to give these interpretations of the track a space of their own.

Of course, it goes without saying that nobody can come close to Queen when reproducing any of their songs, especially this one. And there are plenty of covers out there that range from the decidedly average and uninspiring to the downright bizarre and awful. But there are also lots of beautifully arranged, excellently performed and cleverly interpreted versions too.

So in this post I wanted to share a long list of cover versions that I’ve found, divided into rough subsections to keep similar types together. I’ve compiled them into a big Youtube playlist as well (ending with a few minor covers of the album’s closing track, God Save The Queen).

Some are great in my view, some are not, and the rest are somewhere in between. But everyone’s opinions will differ. All I’ve tried to do is present a wide variety that I feel are of interest and worth exploring out of curiosity. It’s not every cover that exists by any means, but I feel it’s a very comprehensive and fair representation of what’s out there, listing most of the major versions and lots of hidden gems.

So buckle in for a long selection, and see which versions you like best!

Queen have a couple of videos on their channel where fans were able to perform parts of the song themselves:

It wasn’t just Wayne’s World that used the song for humorous purposes (as discussed in my album review post). It’s been adapted in many other comedic ways too.

The most famous such version is by The Muppets, who created a wonderful video for the song in November 2009, with around 70 characters singing along to Queen’s original backing track. The song was slightly shortened, with many of the lyrics changed for comic effect, and there were clever stylistic similarities to Queen’s original video as well. Then at the end we discover that it’s a video conference that Kermit The Frog regrets putting together. The video was produced in a day and rapidly went viral, getting over 7 million views in its first week alone (and it now has over 100 million!). The subsequent single release in December that year got to number 32 in the UK.

There’s also an attempt by Kermit to give a behind the scenes commentary, although chaos ensues as his friends try to get involved! And they’ve even performed the song live, accompanied by a choir, at the Hollywood Bowl & London’s O2 Arena.

Back in the 80s, meanwhile, there was a delightfully chaotic version released in 1987 by Bad News – a spoof heavy metal band formed as part of the Comic Strip series, featuring the late great Rik Mayall, along with Ade Edmondson, Nigel Planer & Peter Richardson. It reached number 44 in the UK chart in September 1987, and was included on their self-titled debut album the following month. Of course, people who are unfamiliar with Bad News and the context of this version have, inevitably, reached the conclusion that it’s terrible. But that’s entirely the point, as those who know these comedians will tell you. So as a big fan of Rik & Ade in particular, I happen to find it funny, but I can see why others wouldn’t.

This version even has Brian May’s approval, as he was the producer for the album and played guitar on some of the tracks, and apparently even appeared on stage with them during a small show they did at London’s Marquee Club. There are also claims that John Deacon played bass and added backing vocals on the Bohemian Rhapsody cover, but there’s no clear evidence to support that.

But in any case, in the May 1989 issue of Sounds Mag, Brian explained: “I love heavy metal and I don’t look down on it at all. But we’re not a heavy metal group. I think you have to love something to play it. When I produced Bad News, I found that Ade Edmondson lives and breathes heavy rock music. And I love people that are so immersed in it that it’s serious. I love AC/DC – what they do, it’s very pure. But we’re not that way, so we can’t pretend we are. It’s good to be able to step back and see the funny side of it, because it kicks out some of the shit.”

The 2004 re-release of the Bad News album included an additional track entitled Take 1, where the ending goes wrong and they get into an argument, with some very strong language. That erroneous ending is used to conclude the 12″ version of the track, without the fighting that follows it. The Completely Bad News DVD also includes the music video as a bonus feature.

Much more recently, in 2020, comedian Dana Jay Bein wrote a Coronavirus version by changing most of the lyrics (except for already appropriate lines like “sends shivers down my spine, body’s aching all the time”), and he went viral as a result. But as he was too sick to record the song at the tme, he challenged the internet to do it instead, and was promptly inundated with performances!

Some of the better examples of those who brought his lyrics to life include:

Despite all of the above, and aside from Queen themselves of course, nothing can really beat the joyous sound of thousands of people singing in unison, demonstrating beyond any possible doubt just how widely loved and deeply ingrained this song really is.

“You can do anything with my work, but never make me boring.”

You’ll see some variation of that Freddie Mercury quote in the comments of most Queen-related videos these days, including many of those listed above, thanks to the release of the Never Boring box set that made people aware of it. It’s a lazy copycat attempt to get some likes really, and it does get boring to see it over and over again. However, it is fair to say that the artists above have achieved Freddie’s wish, and I’m sure he’s looking down with delight that his music is still inspiring people so much.

It really is incredible how many different approaches have been taken to the song by people all over the world, and it’s amazing how well they work in many cases. It just goes to show the quality of Freddie’s composition that it can be adapted so widely. This is one of many Queen songs that will persist forever, and they deserve to live on for generations to come. These covers ensure that.

Check out my Covers playlist for all the versions I’ve mentioned above, and I’ll continue adding to it as and when I discover more. Feel free to let me know if there’s anything I should consider adding as well, to this or any of my Queen playlists.

So thank you for reading, I hope you found this epic post enjoyable and interesting. I’ll be continuing with my Queen album reviews next year, so look out for those. And thank you to Freddie and the rest of Queen for their incredible legacy, that we will all continue to enjoy and pay tribute to for a long time to come!