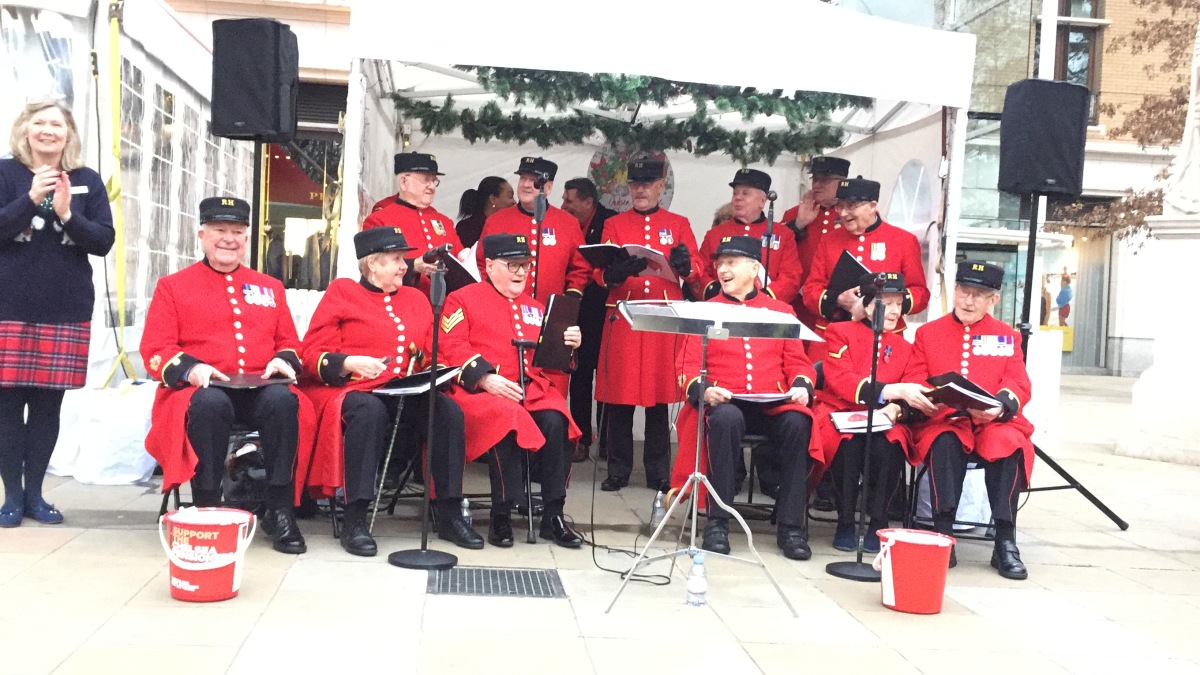 Happy New Year! I hope you all had a lovely Christmas, and have a wonderful and prosperous 2020 ahead. 🙂

December was good for me all in all, and I was happily occupied over Christmas as usual. So I’m splitting this month’s recap over 3 posts as there’s a lot to mention. I’ve also posted a video to go with them all.

So in this first post, I’m going to talk about my adventures out and about, including museum visits and Christmas displays. I didn’t go out a lot over Christmas and New Year itself, as I had a bad cold for much of it, so it was best to just relax and recharge. But in the lead up to Christmas I still went out quite a bit. And as always, I’ve not been sponsored or gifted by anybody in order to mention them here. So I hope you enjoy!

To get the non-festive stuff out of the way first, I went to a couple of interesting exhibitions in December.

I went on an audio described tour of the Troy: Myth & Reality exhibition at the British Museum, which happened to be a nice follow-on to the Parthenon course I did last month, looking at another piece of Ancient Greek history. I vaguely knew the Troy story, because everyone knows about things like the Trojan Horse, but it was great to hear about it in much more detail here.

The tour was led by wonderful describer Lonny Evans, who I’ve often seen at events like this,  along with a curator from the exhibition and Fiona Slater, the museum’s Equality & Diversity Manager. We started off with a nice handling session, where we could feel objects that were similar or related to those displayed in the exhibition. And then we had an extensive tour of the exhibition itself, which is epic in scale to reflect the epic nature of the story. Many of the most important exhibits were described and discussed in detail, including statues of figures like Achilles, and paintings like Ulysses And The Sirens, so it was very thorough and interesting.

The next audio described tour in January is already sold out, as it’s been very popular, so they’re looking at putting another one on in February. So keep an eye out for that if you’re interested. Otherwise, you can visit the exhibition at any time until the 8th of March. It’s well worth a look. See my Instagram post for more photos.

The other exhibition I went to was Play Well at the Wellcome Collection with my friend Claire, and we used the large print guide to help us read things on our way through it. The exhibition looks at the importance of play for children in particular, as well as for society at large, illustrated by photos and artworks of children playing, and a selection of toys and games.

One particular message it drives home is that children aren’t playing outdoors anywhere near as much as they used to in the past. They are often reluctant or prevented from doing so due to addiction to screens, urbanisation destroying parkland, overly-protective parents, health & safety fears, and so on. And that in turn is contributing to problems like obesity, poor self-confidence, mental health issues, etc. So it’s a great shame. I used to love going out as a kid, otherwise it would have been boring to be stuck indoors all the time, and we didn’t have smartphones or the internet to get distracted by back then either. So children should be greatly encouraged to go out more.

It was also nice to see a small selection of dolls with disabilities there. Of course, not all disabled children will necessarily want to play with toys that have impairments, as play is often about escapism from life and using your imagination in all sorts of ways. But equally, many disabled children are reassured and empowered by having toys they can relate to and who represent them, which is a huge benefit to them. So it’s very important that disability is recognised by toy manufacturers. 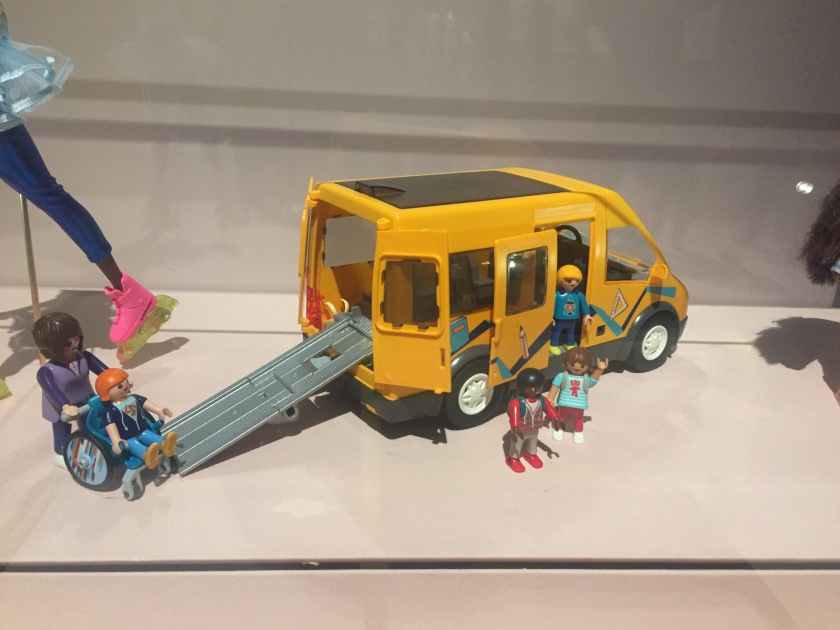 Some toys were also deliberately impaired in other ways though, as illustrated by the Barbie Liberation Organisation, who switched the voice boxes of Barbie Dolls and G.I. Joes and put them back into shops, in protest at the gender stereotypes. So that was one of the more unusual parts of the exhibition, which added to the interest of it.

There aren’t many interactive parts of the exhibition, but there is an area for children to experiment with a bit of live action role play, and there are a few interesting digital games to play at the end. Not all types of play were covered by the exhibition though. As well as a heavy emphasis on outdoor play, the exhibition did also mention things like teddy bears, dolls, Lego and computer games. But it omitted things like board games and card games, which was a bit of a surprise, as they’re hugely popular and very educational. I appreciate there’s only so much they can cover in a gallery, but it was a shame to see that kind of play left out, unless it was there and I didn’t spot it.

Overall though, it is a very nice exhibition, with interesting exhibits, some of them quite nostalgic, and a big message about the importance of play, especially for children but also adults too. So it’s well worth checking out.

There’s an audio described tour of the exhibition on Thursday 23rd January at 6pm. Or you can visit the exhibition yourself at any time until the 8th of March. And there are more photos in my Instagram post.

As usual for this time of year, I’ve been out for a few walks to look at some of the Christmas lights and shops and other festive treats in the city. As I said at the start, I didn’t get out too much over Christmas due to a cold, otherwise I would have checked out more of the lights and decorations. But I was very pleased with what I did see.

This was the first place I went to, as there are always interesting things to admire. For a start they had nice lights across the street as usual, and John Lewis had their Excitable Edgar character on display in its windows. Click those links for my Instagram photo sets. 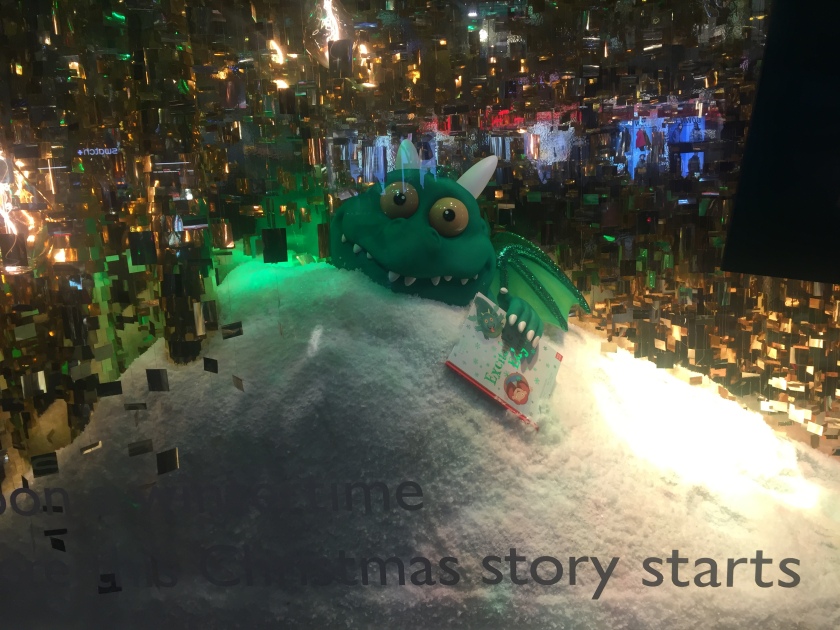 Excitable Edgar was the character featured in the John Lewis & Partners Christmas advert this year, for which they also produced an audio described version, so well done to them! They weren’t the only retailer to have done so this year to be fair, but their commercial is always one of the most highly anticipated and entertaining at this time of year.

In addition, the Flannels store had a cool animated montage of photos by David Bailey on the large screens covering the front and side of the building, featuring famous faces like Mother Theresa, Nelson Mandela, David Beckham and rock band Queen. Check out their promo video and Evening Standard article to find out more.

Also check out my video of the lights and the Flannels store to see it all in action.

I also had a lovely day attending the Christmas Shopping Event in Chelsea. Lots of the shops there were offering discounts and treats that day, which I didn’t actually check out as most of the stores didn’t interest me. But they had beautiful decorations and lights up, which were well worth looking at.

They had quite a lot of musical entertainment too, including a delightful group of Chelsea Pensioners singing Christmas songs (one of which you can see at the end of my November Favourites video), and an enjoyably catchy set from a trio of ladies called Satin Dollz. So I really enjoyed listening to them, as did many others in the big crowd surrounding them. They got us all into the festive spirit very nicely. 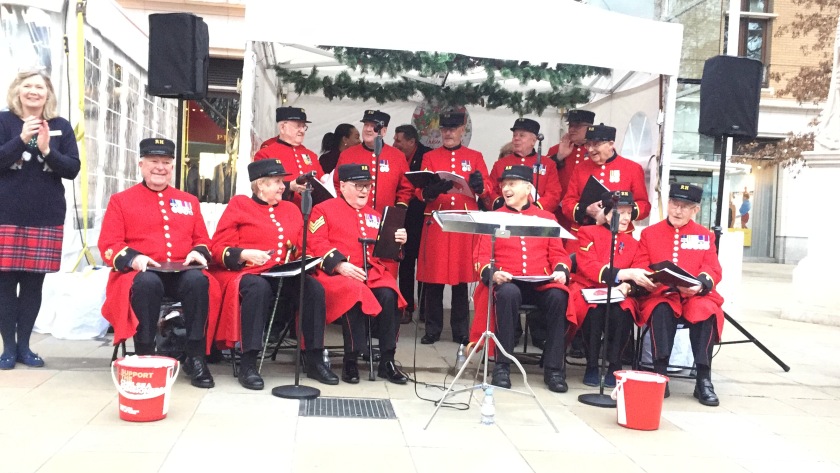 And of course I couldn’t visit the area without checking out the lights and window displays at Harrods. The building always looks stunning when it’s lit up at this time of year, and the window displays I saw had a very cute animals theme.

Check out my Instagram for more photos of the Chelsea event and Harrods.

I also had a little walk around Barking as it’s not too far away from me. There wasn’t much to see there, but I did like the decorations in their Vicarage Field Shopping Centre. 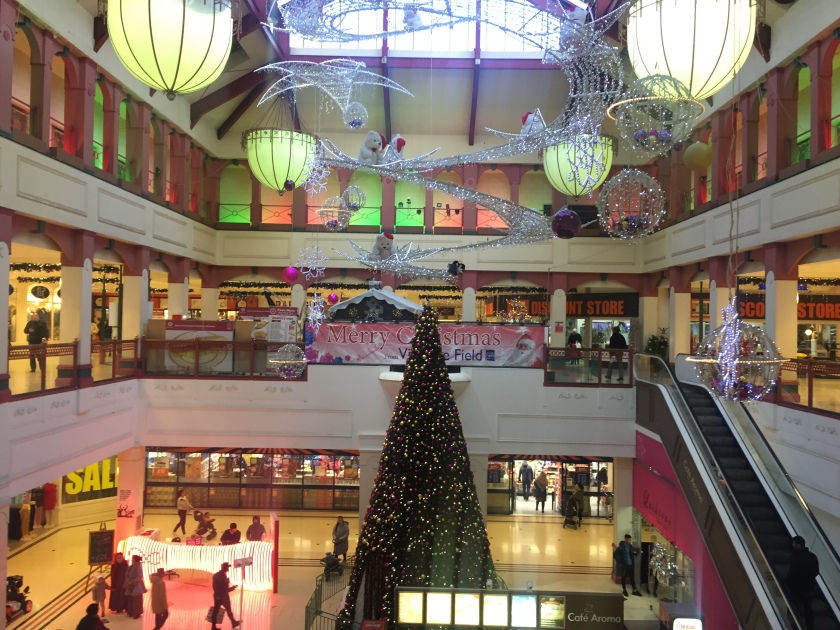 I also went down to Devon for a fleeting visit, where I had a wonderful meet up with an old school friend, and a good catch up with my work colleagues (as I’m a homeworker for those who don’t know). It’s the only time I’ve been able to get down there this year, but it was worth the wait. I’ll mention where we ate our office Christmas meal in my next post, but here I wanted to show you the delightful Christmas lights in Exeter that I saw during a brief stop there. 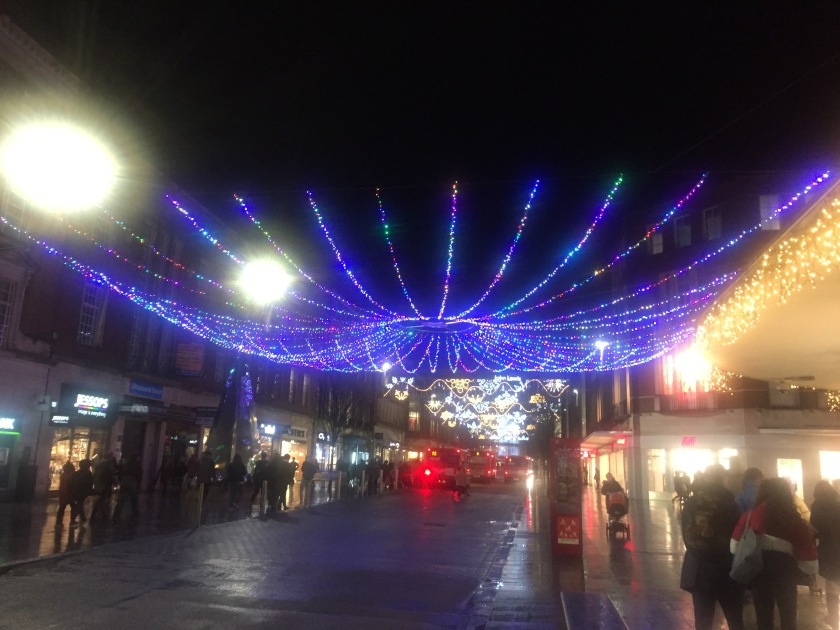 And that’s it for this first part. I enjoyed both of my museum visits, and all of the Christmas lights and entertainments were great at getting me into the festive spirit. Look out for the next couple of posts over the coming days where I share more of my festive favourites from the past month. And in the meantime, I hope you’re having a lovely start to 2020!

Whenever I venture back into #London for the first time in a while, the #SouthBank of the #RiverThames always beckons me first. I've always enjoyed walking along here since doing so with my family as a kid. Some sections are fun and lively, with all the people, entertainers and attractions, while others are wonderfully relaxing and peaceful. And throughout there are beautiful views of the #river and the many iconic bridges and buildings along its route. So it's always nice to take a wander along here.
Mum's second vaccination: ✅
Made the most of the gorgeous #sunny weather with a lovely stroll around #WestHamPark today. Happy #Easter to everyone! 🌞🐣🌻
Had my first #CovidVaccination this morning. ✅ Very quick & easy, really friendly & helpful staff, still no side effects 2 hours later. Very relieved that I'm now protected, given that I'm a carer for my mother. Thank you so much to @NHSEngland & all the scientists for keeping us safe! 🥰🙌
What a year that was, huh? I certainly don't want 20/20 vision now if that's what I'll see! Still, while the year has thrown its challenges my way, I'm glad I've been able to navigate its stormy waters and get through it successfully. Many others haven't been so fortunate, however, and our thoughts are with all those whose lives have been turned upside down during these last 12 months for whatever reason.
Back in September I spent a day walking around some of the #Queen-related locations in #Hammersmith & #Kensington, following the Day 1 itinerary on QueenLocations.com. My intention was to find most of the locations listed on that site over a series of walks, but the weather and Covid restrictions have meant I haven't been able to explore any further yet.